LaShawnna Stanley with the star models of Ethnicity Models

LaShawnna Stanley, a beautiful woman of color, a teenage mom at the age of 15 and now a grandmother of four, has been a fighter her entire life and has made it her quest to empower women of color to love themselves.

Being a teenage mom LaShawnna refused to become a stereotype. As a no-nonsense self-taught entrepreneur she has been at the vanguard of redefining beauty through the agency she created, Ethnicity Models. LaShawnna teaches women to APPRECIATE their skin tones, unique features and varied silhouettes but NOT be exploited by them.

Ms. Stanley is a hero to women’s empowerment! She has appeared on national networks such as BET’s Hip-Hop vs. America, UPN news, and Vh1′s Hip-Hop Videos: Sexpolitation On The Set defending the rights of women in the music industry. LaShawnna has also been featured in major publications such as Black Enterprise, VIBE Magazine, The Source, Hip-Hop Weekly, KING, & XXL. Her company is the “go to” agency for hiring a diverse group of beautiful ethnic women, she’s hosted charitable events for Magic Johnson, Donald Trump, and Alonzo Mourning. As a favorite amongst A-List clientele; Diddy, Jamie Foxx, Beyonce, Jay-Z, Usher, and Kanye West only scratch the surface of her company’s infamous resume.

In her latest venture, she has casted for the upcoming independent film Overtown starring Chad “Ochocinco” Johnson. Relating to my recent post on John Singleton, they say if you don’t see movies or roles out there that properly represent you, write them yourself. That’s what filmmaker Cess Silvera did with his latest film, Overtown, which is currently filming in Miami.

Read the Miami New Times article by Carolina del Bustos for the inside scoop on the film and Ms. Stanley herself. 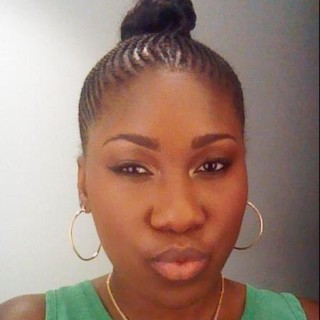 RaShondra "Shonnie" Jackson is from Miami, Florida and is a Broadcast Media Studies major at Florida International University. She considers herself a story-teller and aspires to work in the television industry as either a writer, producer, host of an entertainment show, actress on an acclaimed series or maybe even all of the above. Her love for television developed at a young age. At birth she was diagnosed with Sickle Cell Disease and was very sick as a child. Her illness kept her indoors or hospitalized, with nothing to do besides play with Barbie Dolls and watch TV. RaShondra grew up with shows such as “Moesha,” “Kenan and Kel,” “Sister Sister,” and plenty more. Watching the show was never enough; she wanted to know how it was made and asked questions like: “Is this a real family or are they actors?”; “How does the show get on my TV?”; and “What do they mean when they say ‘filmed in front of a live studio audience’ ?” This sprouting curiosity and love for the television industry led her to the path I am on today. RaShondra has interned for media companies such as 2C Media, ROPP Media and LMG Entertainment. At these companies she has gotten real-world experience and has developed her marketing skills. Along with her own projects, RaShondra has also worked on a number of web shows including Drama For Your Soul's "The Wait" where she serves as an Assistant Producer. RaShondra's hobbies include community service, writing, photography and of course, watching television.